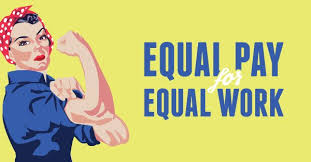 International Women’s Day 2018 is themed ‘Press for Progress’. An especially good idea, as we mark the centenary of some women getting the vote and being allowed to stand for Parliament. But, ahead of a key debate in the Lords this coming Thursday, it’s worth considering what progress has been made during the past 100 years.

Since 1918, 489 women have been elected to the House of Commons, compared with 4801 men. Of those women, only 45 have been Cabinet Ministers – with two becoming Prime Minister. Progress for women in political life is very slow. Indeed, the Inter-Parliamentary Union global ranking table puts the UK at 39th - not good!  Meanwhile, the World Economic Forum's 2017 ‘Global Gender Gap Report’ suggests gender parity is over 200 years away. So, it will neither happen within the lifetime of everyone living on the planet today nor for several generations to come.

Real progress in this field requires approaches like Labour decision, since 1997, to have all women shortlists. That’s why of the 208 women in the Commons today, 119 are from our party. If all parties take such action, we would be more likely to achieve the aims of the United Nations campaign ‘Planet 50/50 by 2030: Step it up for Gender Equality’. Perhaps, like other countries, the UK should consider using gender quotas? Parity cannot just be left to chance, it requires action. We owe it to future generations to ensure that the UK’s elected institutions look like the people they represent.

Discrimination against women exists across our society.

At work, the gender pay gap is still with us despite the passing of the 1970 Equal Pay Act, with the most recent ONS ‘Annual Survey of Hours and Earnings’ identifying the mean gender pay gap for women working full-time as 14.1%. The Fawcett Society say progress in closing the gap has stalled, with no changes during the past three years. There is no guarantee this gap will close over time and so it needs significant action from government, businesses, and society.

Important factors in this discrimination are the undervaluing of roles predominantly done by women, dominance of men in the best paid positions, and unequal caring responsibilities away from the workplace. The Equality and Human Rights Commission have revealed that most employers believe a woman should say if she is pregnant during a recruitment process, with 46% also believing it reasonable to ask if she had small children. Adding: “it’s not just employers attitude that need to change. Society as a whole should support men to take an equal role in childcare. Until that happens women will continue to face discrimination”.

Laws exist to prevent discrimination of this nature happening, so why does it continue?

As well as the workplace, many women suffer from domestic violence and abuse in their own home. On average, two women a week are killed by their partner or former partner – that is a horrific statistic. The government’s austerity programme since 2010 has seen cuts to the funding of women’s refuges. Many now have no safe place to go but this is such an essential service for the protection of those caught up in such abusive relationships. Women and their children should be able to live a life free of fear and much more action – and funding - is required to ensure this happens.

Women are not asking for special treatment just equal treatment. That’s why I will be pressing for progress in the Lords this week. An institution by the way that is now served well by having a woman Leader, Shadow Leader (my party colleague Baroness Angela Smith) and Black Rod; and where 5 of the past 6 Labour Leaders – in both government and opposition – have been women.

Baroness Anita Gale is Shadow Equalities Minister in the House of Lords. She tweets @baronessgale