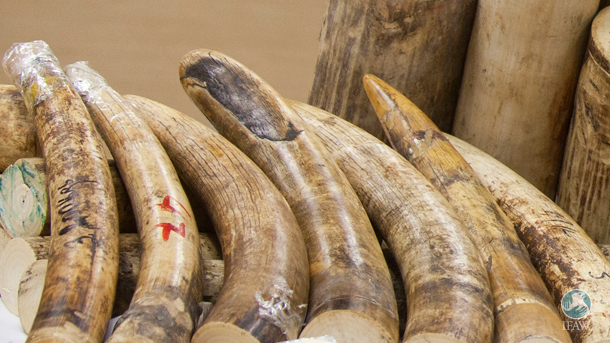 Today sees the House of Lords give a Second Reading to the government’s Ivory Bill. Legislation that seeks to ban the trade of almost all items containing elephant ivory – with exemptions for musical instruments made prior to 1975 where the content is less than 20%, and some rare and important antiques and museum artefacts. Anyone found guilty of the offence could be land with an unlimited fine or up to five years in jail.

Action to tackle the international trade in ivory is welcome but long overdue, with around 100,000 elephants killed by poachers between 2010 and 2012. And despite international efforts, each year continues to see around 20,000 killed for the illegal ivory trade. Approximately 55 every day – an unsustainable rate that means elephants are likely to be extinct in the wild within two decades.

UK politicians, NGOs and activists campaigning for an ivory ban have taken their lead from African nations’ calls for tougher legislation here to help reduce the global demand. So this Bill represents a significant strengthening of our current loophole riddled restrictions. While the trade in raw ivory has been illegal since 1989, buying and selling products made before 1947 has not. Such measures were supposed to end the demand for newly harvested ivory and thereby reduce incentives to poach, but they have been largely futile.

A study of records under the Convention on International Trade in Endangered Species (CITES) has suggested the UK was the largest exporter of legal ivory between 2010 and 2015. Domestically, illegal ivory is openly traded on internet auction and social media sites, as regulators have no means of determining when it was produced. Traffickers have also become increasingly creative in their efforts to launder new ivory into the legal market, using artificial stains or ageing techniques. Consequently, illegal trade has boomed.

Ivory is an emotive topic for conservationists and antique dealers alike, and Labour believes the exemptions in the Bill strike the balance between being robust and pragmatic. We will support this legislation and work constructively with the government to ensure it comes into effect as soon as possible. But we also hope, that the scope of the Bill will in due course be extended to protect hippos, walruses and narwhals.

The clock is ticking, and the survival of many thousands of elephants lies in the balance. A ban on the domestic ivory trade will not by itself end relentless poaching but it will help stem demand. Moving forward, it is critical that governments around the world unite to tackle the illegal trade by addressing corruption, improving law enforcement and giving greater support to “elephant communities”. The only value ivory has must be on a living animal.

Baroness Maggie Jones of Whitchurch is Shadow Defra Minister in the House of Lords. She tweets @WhitchurchGirl