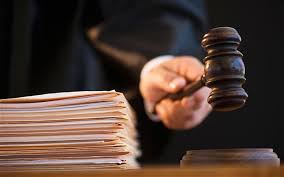 In the constitutional system that we love and serve, and which is still admired the world over, legislators who are accountable, make our laws and judges who are independent, apply them. This “little mouse of a bill” (as one peer has called it), which we have been encouraged to wave through without a squeak, seeks to turn that system on its head. It sneaks through changes that will see an unconstitutional double delegation; of legislative powers to unaccountable judges, sitting on Procedural Rules Committees; and of judicial powers to non-independent courts and tribunal staff.

It is vital that Clause 3 of the Bill, which delegates judicial functions to ‘authorised staff’ is understood in the context of a wider court reform agenda and the austerity measures that sit behind this. ‘Efficiencies’ generated through the proposed reforms will not only arise through the reduction of the court estate but through savings on judicial salaries.

Though, there is some argument for the delegation of the most straightforward decisions to ‘authorised staff’, there is an ocean between purely procedural decisions and those that could have the effect of depriving an individual of their freedom. Without limits on who can be authorised and what powers can be delegated, these measures could change the essential nature of our judicial system. Such potentially fundamental aspects of reform require external scrutiny by parliamentarians. They should not be decided exclusively by the Procedure Rules Committees, made up predominantly of senior judges themselves.

The government has gone some way towards addressing the real concerns raised at Lords Committee stage, with an amendment prohibiting this in relation to decisions affecting people’s homes and liberty. But this very welcome development nonetheless highlights the hidden dangers in an apparently benign bill. While Labour intends to warmly welcome this movement from Ministers at this week’s Report stage, we will be pressing for further oversight and accountability.

Another [?] ‘concession’, placing an obligation on the relevant rules committee to consider a right to judicial reconsideration for delegated functions, does much less to satisfy our concerns. In fact, it replicates the fundamental problem with the effect of this Bill. By placing the obligation on the rules committee, it delegates a legislative duty to the same unaccountable body. Consequently, we will push ahead with our amendment, supported by both the Law Society and the Bar Council, proposing a statutory right to judicial reconsideration, for any party to a decision by an authorised person.

We will also call for further parliamentary scrutiny and accountability through the affirmative resolution procedure, of the regulations under Clause 3. This relates to sweeping powers to make rules stipulating which judicial functions may be delegated and to whom, along with an authorised person’s requisite qualifications or experience. As Crossbench peer Lord Pannick observed at Committee Stage, the powers that the Secretary of State or Lord Chancellor is being given under this clause includes the ability to make “consequential provision”. Despite a promise to give further consideration to the issue, Ministers have not tabled an amendment on this, only offering hollow assurance that the power will be limited to changes to statutory instruments.

In line with this, we have also tabled an amendment which stipulates minimum legal qualifications for authorised persons: to be a qualified solicitor, barrister or chartered legal executive with more than three years’ experience post-qualification – as recommended by the Law Society. That is a lower threshold than is required for pupil supervisors or for solicitors to supervise an office.

We are also seeking a firm commitment on the face of the Bill to keep under review, judicial functions and the impact of this legislation.

The safeguards that Labour are calling for are not unreasonable – they are minimal if we consider that provisions in this ‘uncontroversial’ Bill have the potential to profoundly impact on our justice system. The double delegation of powers that the government is encouraging is a slippery constitutional slope that we can and must resist.