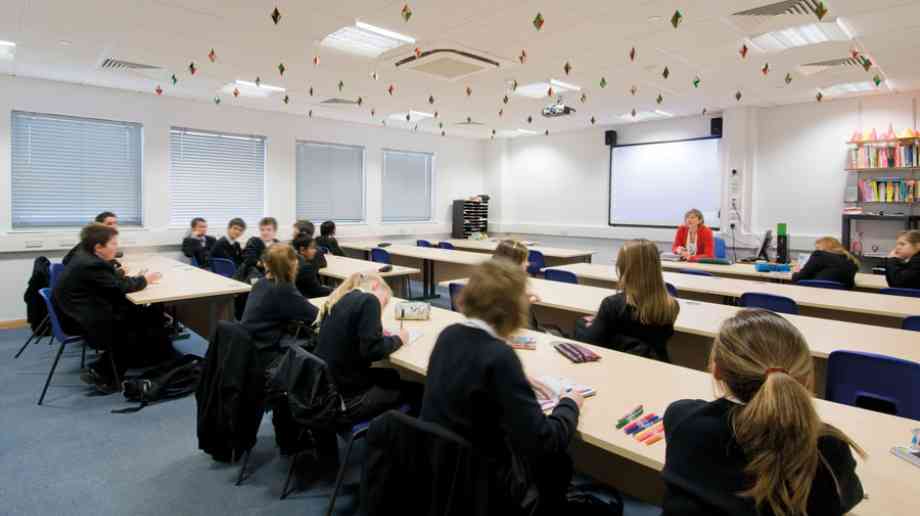 Estelle Morris on the funding crisis in England’s state schools

After more than a decade of funding increases under the last Labour government, England’s state schools now find themselves in the most serious financial crisis that the current generation of teachers will have experienced.

Conservative ministers refuse to admit there is a problem but we hear daily of schools struggling to find the money they need to do the job we ask of them. Experienced higher paid teachers, replaced by those with less experience; more staff on temporary contracts or taking lessons outside of their subject area; larger classes, a narrower curriculum and a pressurised workforce. This is the daily reality for many.

In the tirade of statistics bandied about, the independent Institute of Fiscal Studies provides one of the best and most trusted analyses of the situation. They show that total school funding, per pupil, has fallen by 8% in real terms since 2010. Sixth forms have seen the biggest cut – over 20% - and we are regularly hearing accounts of parents of children with Special Education Needs battling to protect essential support.

Education Secretary Damian Hinds should be leading the fight in government to secure extra funding for schools. But despite the deafening voices of parents and teachers, he seems to refuse to even acknowledge the problem; and the Chancellor's “money for little extras” announcement reflects a staggering lack of awareness. Ministers seem to have put more effort into misleading the public than fighting our school’s corner. It is also shameful that they have been criticised on five occasions by the UK Statistics Authority, for misusing statistics in this debate.

Of course, funding by itself does not raise standards. It is how the money is spent that will make the difference. As shown by initiatives like London Challenge, investment in the skills of school leaders and classroom teachers – and time spent working with them – can deliver quite remarkable results.

These days, we ask more of our schools than ever before. They need to succeed with every child and it sometimes seems that we expect them to compensate for all of society’s failings. Teachers and other school staff so often have to deal with the consequences of the increase in child poverty, broken families and fractured communities. At the same time, we need schools to respond to changes in the labour market, globalisation and technology. How can anyone imagine that all this can be done with the same amount of money, let alone less?

It is never a good idea to stop investing in the future. Every other service, industry or enterprise depends, in part, on education getting it right and we know the difference it can make to the life chances of individuals and their families.

If politics is about choices, then this government has made the wrong choice on funding our schools. Labour's record in government shows a commitment to education. Elected to govern again, we would show that same commitment.

At present, standards in schools are being maintained through the dedication and good will of those working there. That can only go on for so long. School leaders, teachers and the children whose education is entrusted to this generation of politicians have a right to expect better.