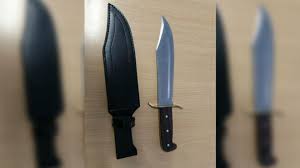 It’s a statement of fact but the government are losing the fight against serious crime. Knife offences have reached record levels, violent crime overall has more than doubled in the past five years and charge rates have nose-dived. Ministers of course, tell us that sooner or later they’ll get a grip on this crisis, and this week the Offensive Weapons Bill has its Lords Second Reading as part of their struggle to do so.

The government hopes the Bill will limit the availability of weapons – knives, corrosives, select firearms – from UK streets. A commendable aim that Labour welcomes, but there’s a long way to go to make our communities safer.

The bill does nothing to support front-line police, whose efforts have been repeatedly hampered by funding cuts. Since 2010, 21,000 officers have been lost, along with over 18,000 police staff and around 7,000 community support officers. If ministers are to tackle serious crime head on, they must first provide the necessary resources.

Having decided to carry on regardless with cuts, the government has now given the police a further snub by refusing their calls to ban high-calibre weapons. Such firearms – some designed to stop trucks at a distance of 1.8km – were due in the bill until ministers caved to pressure from Conservative backbenchers. In the debates that lie ahead on the bill, I will be seeking to amend to reinsert the relevant clauses.

The police aren’t the only ones being left out in the cold. Fewer youth workers, the neglect of children leaving care, and the slashing of local government funding used to provide support have all had consequences. Tragic stories of vulnerability, abandonment and exploitation which in turn drive violent crime.

This bill also fails to recognise the pace at which crime develops, falling short on tackling emerging threats. In response to the tightened firearms controls over recent decades, glaring loopholes have emerged for criminals to obtain weapons by repurposing obsolete firearms. And there is an increased trend of legally held firearms being stolen from certificate holders.

In response to restrictions on the sale of corrosive products, we have seen fake acid attacks, whereby individuals incite fear by attacking or threatening with a non-corrosive substance in a way which would suggest otherwise. The bill allows criminalisation of such behaviour – but ministers, bizarrely, refused to take that opportunity.

It does include new protections for those selling age restricted products that could be used as weapons. But while tasked further with law enforcement that can protect our communities, these retail workers will get little assured protections themselves. So, in refusing to sell to people intent on causing harm, they could in turn be threatened or attacked. No wonder, USDAW – the union representing many shop staff – has been clear that this bill does not go far enough to guarantee its members’ safety.

Labour recognises the value in the government’s attempt to restrict the sale and possession of weapons. But in the midst of the ongoing surge in serious crime, this bill fails to even acknowledge the root causes of the problem. And that is offensive in itself.

Lord Roy Kennedy of Southwark is a member of the Shadow Home Office team in the House of Lords. He tweets @LordRoyKennedy