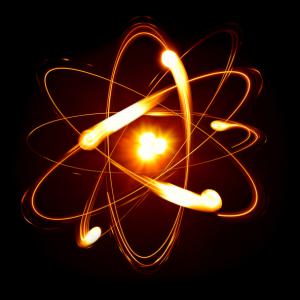 Today in the House of Lords, we reach the Report stage of the Nuclear Safeguards Bill. A time to hold the government’s feet to the fire on some key issues.

Nuclear safeguards is the system of inspections and verification used to make sure that civil nuclear material and equipment is not being diverted from its intended use. A working safeguards regime is vital to our role as a responsible nuclear state. At present, safeguarding in the UK is performed by Euratom – but we stand to lose this after we Brexit.

The key concern is the timeframe. The UK has not had to build up resilience in the area of nuclear safeguarding. The Office of Nuclear Responsibility needs time to recruit and train inspectors to Euratom standards.

Along with domestic readiness, our international readiness is also in question. Crucially, the UK needs to negotiate a new solo international agreement with the International Atomic Energy Agency, and bilateral Nuclear Cooperation Agreements (NCAs) with a range of third party countries. In the USA for example, an NCA is required by law.

The nuclear industry is concerned about how long these agreements will take to get – and the cliff edge they are likely to fall off if NCAs aren’t in place in time.

Several cross party amendments to the Bill will push Ministers to answer the hard questions on the future of the UK nuclear industry. For example, if vital international agreements aren’t in place by Exit Day or the end of a transition period, the government should delay our departure from Euratom. One further assurance would be to introduce an independent reviewer of nuclear safeguards, to report on whether the UK is ready to operate its own safeguarding regime. This could ensure transparency and prevent Ministers from inspecting what, is in effect, their own homework.

The government has introduced its own amendment – a promise on the face of the Bill that they will keep Parliament updated (every 3 months) on progress on nuclear safeguards. But there are other vital, related issues put at risk by current thinking that Brexit means also leaving Euratom. So, another key amendment would widen the government’s promise to include updates on, among other things, nuclear trade and R&D.

Of course, a Labour government would seek to remain a part of Euratom. This month, the Prime Minister said she would be ‘exploring’ with the EU how the UK could be part of certain EU agencies – including the European Medicines Agency and European Chemicals Agency. I hope today’s debates in the Lords will help Mrs May see the light on the importance of Euratom to our country’s civil nuclear sector.