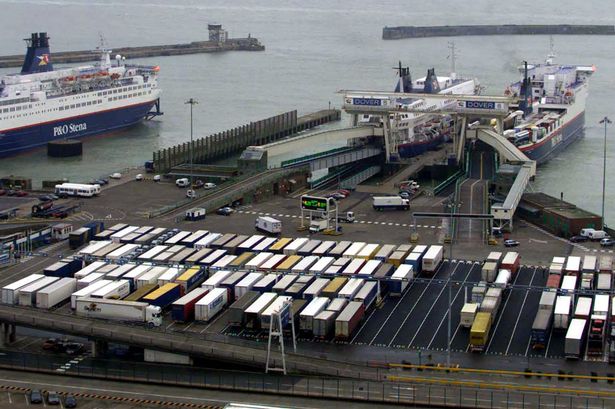 The rather dull title of the Haulage Permits and Trailer Registration Bill belies the slightly perturbing reason for its existence – as a back up plan, should lack of progress in the Brexit negotiations lead to the UK crashing out with no deal. It would of course, be irresponsible for the government not to prepare for such a scenario.

So, in principle at least, Labour supports this legislation. It provides the Transport Secretary with powers to introduce any necessary administrative systems for both international haulage permits and a trailer registration scheme, with the latter arising from the UK’s ratification of the 1968 Vienna Convention on Road Traffic. But it also allows for a timely debate on safety following the dreadful case when an unsecured trailer broke free and killed a three-year-old child who was walking on the pavement.

Ministers have previously admitted that the terms of any post-Brexit international road transport agreements are unknown. This Bill is designed to put in place the necessary legal framework for a range of potential arrangements, including a multilateral agreement or series of bilateral agreements with individual countries. Even if the UK is not forced to fall back on the European Conference of Ministers of Transport (ECMT) quota permit scheme, there is still a high risk that any agreement will not adequately serve our best interests.

In theory, the liberalisation of logistics is supported by industry. But other nations in Europe, whose sectors compete with UK hauliers, may well perceive Brexit as an opportunity to gain a competitive advantage and support the imposition of regulatory burdens.

Road haulage is vital for our economy, contributing £11.2bn GVA, and any arrangement that impedes the easy transit of goods will be damaging. The industry wants to see “clear government commitments that it will seek an agreement that does not impose new permits, quotas or limits on UK international operators.” And in today’s Lords Second Reading, we will challenge Ministers to explain how they will ensure such an outcome.

It is clearly in the interests of the UK that supply of haulage permits both meets demand and allows for growth. Any arrangement that fails to preserve the current system, or replace it with something similar, would place additional administrative and financial burdens on our hauliers. It would also risk creating gridlocks at the Port of Dover.

Any Brexit deal that doesn’t include membership of a customs union is unlikely to be compatible with retaining an unchanged operating environment. The European Commission’s notice to stakeholders envisaged no arrangement with the UK other than the continuation of the ECMT scheme. At the end of 2016, 9,745 of our hauliers possessed an EU Community Licence. In the worst case scenario, ECMT would only provide a maximum of 1,224 permits for transit to and through the member countries.

The government is keen to present this Bill as a matter of last resort. But the Prime Minister’s ruling out of a customs union, failure to make progress in the negotiations and support for a hard Brexit within the senior ranks of the Conservative Party greatly increases the likelihood that contingency arrangements will be needed.