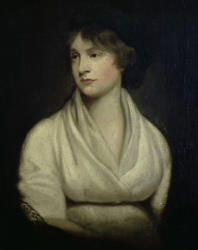 If Labour had won the general election, I have no doubt that the future of the People’s History Museum (PHM) would be secure. As it is, we have to continue to raise funds to protect the PHM and project its unique story of how democracy and the universal franchise was won, not to mention the role of the Labour movement in that story.

Before the country exercised that democratic right in May, the government decided that the PHM would no longer be classified as a national museum. Not only is it symbolically disappointing because the history of the franchise is our nation’s story, but this means practically that the museum will lose the £200,000 a year that such status brings.

In January, the PHM was granted a small reprieve after Ministers confirmed it would give the museum £100,000. The future however, remains uncertain and makes continued fundraising essential. One way of raising funds has been through the ‘Sponsor a Radical Hero’ campaign, which has received magnificent support from, amongst others, colleagues in the Labour Lords group. One hundred Radical Heroes were selected for sponsorship but some great figures have not yet attracted support – including Mary Wollstonecraft.

To correct this, the PHM is running a #GetMary campaign on social media to encourage a collective of people to sponsor Mary on our list of Radical Heroes.

Perhaps being part of a collective is apt for any Radical Hero, since change so often happens by a mutual, united and determined effort rather than individual action, but Mary Wollstonecraft is particularly deserving of this honour. Mary was an eighteenth century women’s rights advocate, philosopher and writer probably best known for her polemic A Vindication of the Rights of Woman. Therein, she advocated that women are not naturally inferior to men but held back through lack of education, and which has been said to be one of the first truly feminist works of philosophy.

Mary’s once revolutionary ideas now appear plainly obvious but when she asked “Who made man the exclusive judge, if women partake withy him the gift of reason?” or “There must be more equality established in society, or morality will never gain ground; and this virtuous equality will not rest firmly even when founded on a rock, if one half of mankind are chained to its bottom by fate, for they will be continually undermining it through ignorance or pride” she was challenging the boundaries of the conventional wisdom.

Generations of girls and women have benefited from her courage, innovation and belief – so perhaps if we take anything from Mary’s life, it should be this. Although we face different challenges, this mind-set is as relevant today as it was when she lived. If you are interested in sponsoring Mary or any other of our radical heroes, you can do so here or contact me direct.