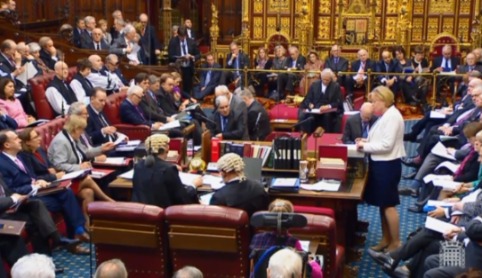 Having monitored proceedings in the Commons, the Labour Lords frontbench will now seek changes to the EU Withdrawal Bill during its passage through the Lords. Due to the nature of this Bill, our primary focus will be on a range of legal and technical issues.

Once tabling begins after Second Reading, the Labour Lords frontbench will be involved in supporting approximately twenty amendments. Below is a short explanatory note on our main priorities:

‘A meaningful role for Parliament at the end of the negotiations’:

‘Ensuring a role for Parliament in the event of no deal’:

Shadow Leader of the Lords, Baroness (Angela) Smith of Basildon, who will open the second reading debate for Labour said:

“We will work with others around the Lords to change this Bill so it becomes an enabling measure for rather than an obstacle to a transitional period, as is currently the case. This will include seeking amendments relating to 'exit day', ensuring the government cannot reduce rights via secondary legislation, and providing greater clarity about the role of the CJEU and the future status of its case law.

“Labour has consistently called for a transitional period based on current terms, including a temporary extension to our participation in the Single Market and Customs Union. This would prevent a cliff edge for consumers and businesses in March 2019, and provide additional time to finalise the future UK-EU relationship.”

Shadow Brexit Minister, Baroness (Dianne) Hayter, who will close the second reading debate for Labour and lead for the party during the other Lords stages of the Bill said:

“I am looking forward to the second reading debate as it will give a clear indication to Ministers and outside observers alike of the strength of feeling within the House that this Bill is not fit for purpose. I also expect it to deal with some of the nonsense out there that the Lords will block or wreck the legislation.

“Our priority is to safeguard people’s rights with regard to consumer protections, employment and the environment, along with Parliament’s right over Ministers in the big decisions facing our country.

“While the government has already indicated it will bring forward amendments to some aspects of the Bill, there is clearly much more to be done and I hope my opposite number, Lord Callanan will respond to our scrutiny of this legislation in a much more considered way than he has with recent Brexit related debates in the House.”