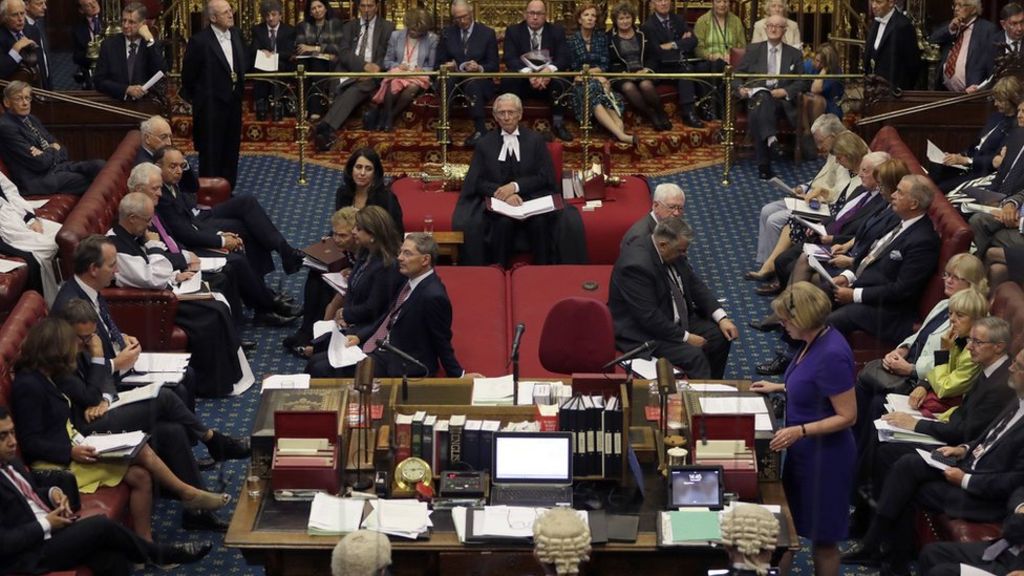 A rather straightforward, cross-party amendment to the EU Withdrawal Bill – in my name, as well as Conservative Peer Lord Patten, LibDem Lord Wallace and Crossbencher Lord Hannay – seeks to be useful to the Prime Minister. In short, we want to help her honour a promise to put into statute that our withdrawal agreement from the EU would be voted on in the UK Parliament, before a similar – albeit more serious – vote in the European Parliament.

I refer to the latter as ‘more serious’, as the European Parliament must agree the deal if it is to go any further – giving MEPs a veto. Whereas this side of the English Channel, a mere motion in either the Commons or Lords (or indeed both) would have no statutory force. Either or both Houses could say “nay” and the Prime Minister would still say “yea” – then sign up. Or the PM could, in fact, fail to table a motion.

That is why Mrs May’s promise should at the very least be written into legislation. First, to ensure approval by Parliament of the draft agreement prior to the vote in Europe. Second, to ensure approval by Parliament of the final agreement, including the framework for our future relationship with the EU. Third, to introduce a mechanism to prevent the government walking away from the talks without the consent of Parliament. And in all three scenarios, the Commons must be allowed to decide what to do should it disagree with the government’s approach.

While many believe that the third ‘no deal’ scenario is no longer an option, bear in mind that only last week the Foreign Secretary said this would hold no “terrors” for the UK and that we would do “very well” on World Trade Organisation terms. Despite manufacturers’ and exporters’ worries about duties and red tape, the possibility of border posts in Ireland, and Calais facing 30 mile tailbacks – with potential food shortages here as a result of mandatory customs and sanitary checks at the ferry terminal. So, Parliament must be able to hold Ministers feet to the fire, and ensure more sensible judgements than those of Mr Johnson.

It is not just Peers who want to see parliamentary endorsement – or not – of the outcome. Ex-PM John Major, who knows a thing or two about negotiating treaties, has said there “must be a decisive vote, in which parliament can accept or reject the final outcome; or send the negotiators back to seek improvements; or order a referendum … That is what parliamentary sovereignty means … No one can truly know what ‘the will of the people’ may then be. So, let parliament decide.”

While I don’t share Mr Major’s views on a further referendum, I do agree that it’s for Parliament not the government to make the final call. Such sovereignty is vital – and not just because of the long term implications of this decision. We must ensure the Prime Minister is at all times aware that it’s not just divided views in her Cabinet that need satisfying but Parliament on behalf of the people.