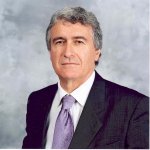 John is sought after for his business and economic experience and knowledge.   He is currently a director of SAV Credit Limited and an adviser to the private equity firms Warburg Pincus & Company International Ltd and Palamon Capital Partners.  John was chief economic adviser to Neil Kinnock when he was the leader of the Labour Party.  From 1993 to 1997 he was Principal Opposition spokesperson on Treasury and Economic Affairs in the Lords.  In 1988, together with Lord Hollick, he set up the Institute for Public Policy Research (one of Britain's leading think-tanks).

John is Financial Commissioner for Jersey and Chairman of the Royal Opera House Pension Fund Trustees.

In his free time John enjoys watching rugby and ballet, and listening to classical music - including the work of his talented wife, Lady Eatwell (Suzy Digby, OBE) who is a successful choral conductor, musician and teacher.