Nations should have greater say on returning EU powers after Brexit 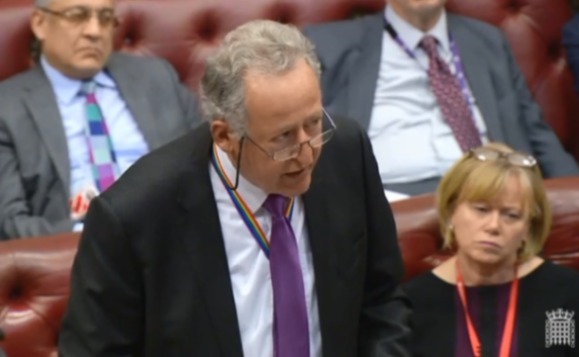 One obvious consequence of the EU referendum decisions is that Brexit we see the repatriation of a range of important powers from Brussels to the UK. The proposal for dealing with this however, within in the EU Withdrawal Bill, has been described by the devolved administrations as a government ‘power grab’. That is because the key proposition is that these powers would initially come to Whitehall.

So, the Welsh and Scottish Governments have consistently made clear that they could not, and would not, give consent to the approach embodied in the original Clause 11 of the Bill. Something they describe as an emasculation of the devolution settlements, as it would upset the balance of the distribution of powers between the UK government and the devolved institutions.

Partly in response to debates on the matter while the Bill was still in the Commons, intensive discussions have been taking place between the devolved authorities and UK Ministers. While these discussions continue, today will see Peers debate a government amendment to the original clause. A debate that will no doubt reflect on the longer term impact of Brexit on the devolution agenda.

The underlying concern relates to consent. Even if the Bill were amended as now proposed by the government, Clause 11 would give Ministers very wide, unilateral powers to use regulations to place new constraints on the legislative competence of the devolved legislatures. The only requirement being that they ‘consult’ the devolved administrations.

In seeking to toughen up these proposals, Labour will today make the case that the devolved legislatures must have the opportunity for meaningful debate and discussion before giving consent. One way of doing this would be to list within a Schedule of the Bill the areas where legislative competence should be constrained. That would allow the devolved legislatures to provide consent to the list at the same time as providing consent to the Bill as a whole. Thereby removing the need for the discretionary regulation-making powers to be granted to the government.

There is a positive byproduct of the current row, in that it spurs thinking about the wider powers and functions that our newly strengthened devolved legislatures may need, once the frameworks are settled. At the point – on ‘exit day’ – when the amended Clause 11 falls away.

These powers and functions might include additional funding to compensate for the loss of the current EU contributions in addition to Barnett Formula funding; powers to determine regional economic policy; rights to negotiate and conclude treaties with other countries and international institutions, on matters within delegated powers; safeguarding of the position of the European Convention on Human Rights and the EU Social Chapter; and the creation of a new Board of Trade under the UK Council of Ministers, to ensure that every part of the UK a say in future trade negotiations.

And of course, underlying all of this will be the need to set up a proper structure of governance for management of these new procedures and responsibilities; and for ensuring that any disputes can be resolved. For those of us with a longstanding commitment to the devolution agenda, exciting times lie ahead.

This article was first published at PoliticsHome's 'Central Lobby' blog