No ifs, no buts 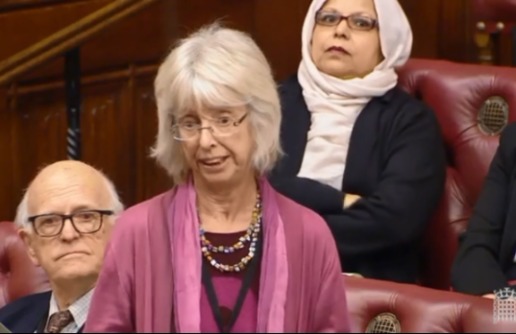 This Thursday provides the first opportunity for the House of Lords to debate the government’s recently published consultation document on domestic abuse – rightly described in the Ministerial Foreword as a ‘particularly shocking’ form of violence and abuse.

There is much to welcome in the document, including the emphasis on protecting children and an acknowledgement of the need to improve how the immigration system deals with victims of domestic abuse who have no recourse to public funds. Important too is a recognition of the damaging impact of economic abuse: denial of ‘access to basic resources such as food, clothing and transportation’, as well as money and waged work. The effects, especially when combined with violence and/or emotional abuse, can be devastating.

Question 35 in the consultation document asks: ‘what practical barriers do domestic abuse victims face in escaping or recovering from economic abuse and how could these be overcome?’  Well, one of the biggest barriers is the government’s own so-called ‘welfare reforms’. On top of various cuts, the payment of universal credit into one account – single or joint – has, according to one commentator, “reshaped the benefits system into a weapon for abusers”.

The Women’s Budget Group has long warned that ‘the routine application of a single monthly payment can give perpetrators further mechanisms of financial control, putting survivors at greater risk of abuse and limiting their access to the benefit they are entitled to’. So, a discretionary split payment exemption lays the woman open to potential further abuse when the abusive partner’s benefit is reduced. In Scotland split payments are to become routine. If the DWP refuses to follow suit elsewhere, it could be accused of aiding and abetting economic abuse.

The other big ‘but’ concerns funding.  Due to the roll-out of universal credit, the government have proposed a new funding model for refuges. At present, most money comes from housing benefit. But as that is incorporated into universal credit and paid monthly in arrears (often with delays), that will no longer work easily. In its place, the government has caused dismay with a proposal to combine refuges with a disparate group of short-term supported housing services and devolved funding into a ring-fenced grant to local authorities.

Given that over two thirds of women flee to a refuge outside their area, such a model is inappropriate and the history of the Supporting People programme does not instil confidence in the longevity of ring-fencing. A joint report from the MHCLG and DWP Select Committees emphasised that the unique challenges faced by refuges requires ‘a distinct model of funding, separate to the arrangements for other forms of supported housing’. Otherwise essential specialist support, and especially that for marginalised groups such as disabled and BAME women, will be at risk.

It is already highly insecure, despite ministers’ repeated claims of 10% more bed spaces since 2010. What that figure hides is the loss of beds in specialist refuges, as competitive tendering and commissioning have driven a trend to larger, more generic providers. While funding reductions have made it harder to provide support for women who are often traumatised and/or have complex needs.

Women’s Aid warn that specialist ‘domestic abuse services are already ‘facing a funding and sustainability crisis’, and suggests the proposed funding approach will be ‘catastrophic’. I welcome that Ministers have now said ‘no options are off the table’ but they need to abandon the purely local model. They also need to commit the resources necessary to ensure the strategy is effective, and transforms the broader public-sector response to abuse.

The consultation document itself cites research that puts the cost of gender-based violence to survivors and society at £26bn a year. But it makes more than just economic sense – it is a matter of human rights, equality and social justice.

Baroness Ruth Lister of Burtersett is a Labour Peer