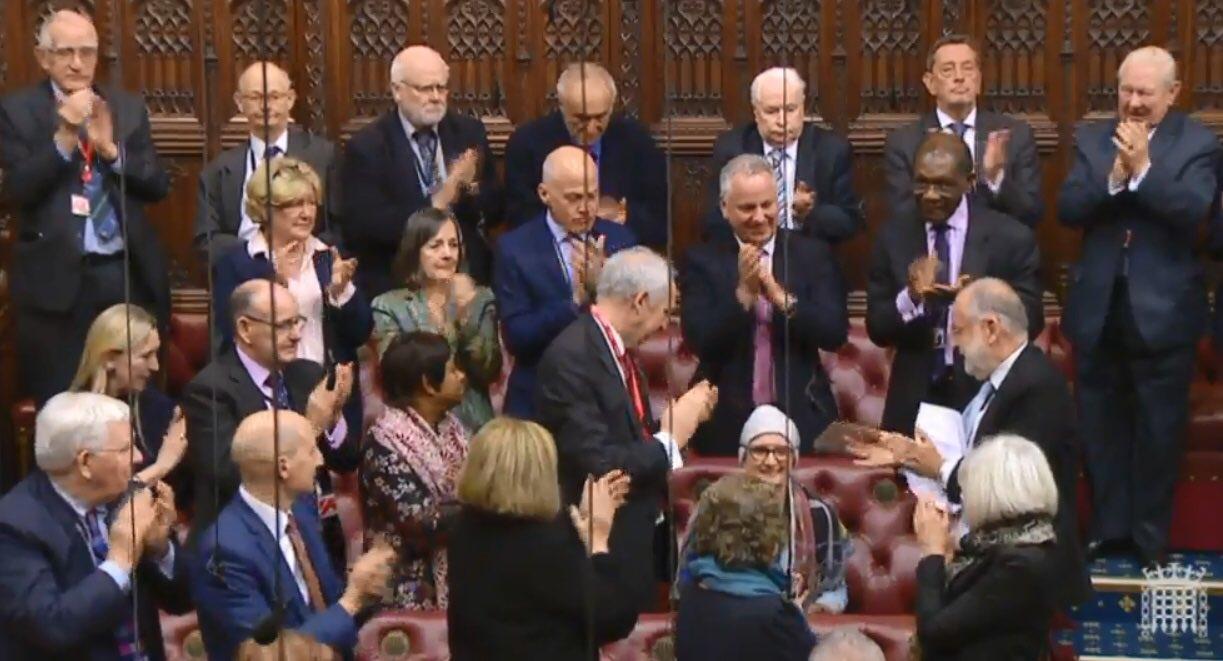 I would like to thank all those noble lords, and friends and colleagues who have shown me such support since I learned I had a brain tumour.

Today is not about politics but patients: patients and the community of carers who love and support them.

What is it that patients and carers feel that they need?

It is, of course, about the NHS.  But it is not just about money. But also about the power of kindness.

It is about support for carers.

It’s about better-informed judgements by patients and doctors.

And it is about sharing access to more and better data to develop better treatments.

Let me tell you what happened to me.

On 24th May last year, I was on my way to talk about new Sure Start projects in East London. I got into a taxi but couldn’t speak. I had two powerful seizures. I was taken to hospital.

Two days later, I was told that I had a brain tumour, glioblastoma multiforme, or GBM.

A week later the tumour was removed by an outstanding surgeon at the National Hospital in Queen Square.

I then had the standard treatment of radio- and chemotherapy.

To put it in context, across the country, GBM strikes less than 3,000 people in England every year. It generally has a very poor prognosis.

But less than two per cent of cancer research funding in the UK is spent on brain tumours.

No vital new drugs have been developed in the last 50 years.

A major factor in survival is successful surgery.

The gold standard is to a dye to identify the tumour. But it is only available in about half of the brain surgery centres in England. It must be extended to all of them.

Cancer is a tough challenge to all health systems, and particularly to our cherished NHS.

We have the worst cancer survival rate in Western Europe.  Partly because diagnosis is too slow. Brain tumours grow very quickly. And they are hard to spot.

However, there is reason for hope. It is called the Eliminate Cancer Initiative (“ECI” for short). Its director is Professor Ronald de Pinho, from the MD Anderson Cancer Centre in Houston, Texas.

ECI is a global mix of programme and campaign, already underway in Australia. It is designed to be rolled out next in the UK, the USA and China. This recognises that no one nation can solve the problem of GBM on its own.

Usually, drug trials test only one drug at a time, take years, and cost a fortune.

New adaptive trials can test many treatments at the same time. They speed up the process and save a lot of money.

ECI also has a secure cloud platform where doctors can share data and insights.

So much data is held in siloes with limited access. That reduces its value. This is all a quite new approach. Already, collaborative discussions are underway in England.

ECI will focus initially on GBM because it is so tough to beat. So it’s all about sharing knowledge at every level between everyone involved. If we achieve this we will go a long way to crack GBM and other cancers too.

For what would every cancer patient want? To know that the best, the latest science was being used - wherever in the world it was developed, whoever began it.

What else do they want? They need to know they have a community around them – supporting and caring. Being practical and kind.

For while doctors look at the big picture, we can all be a part of the human-sized picture.

Seamus Heaney’s last words were: do not be afraid. I am not afraid, but I am fearful that this new and important approach may be put into the ‘too difficult’ box.

But I also have such great hope.

So many cancer patients collaborate and support each other every day. They create that community of love and determination wherever they find each other.

All we now ask is that doctors and health systems learn to do the same. Learn from each other.

In the end, what gives a life meaning is not only how it is lived, but how it draws to a close.

I hope this debate will give hope to other cancer patients like me. So that we can live well with cancer, not just be dying of it.

All of us. For longer.