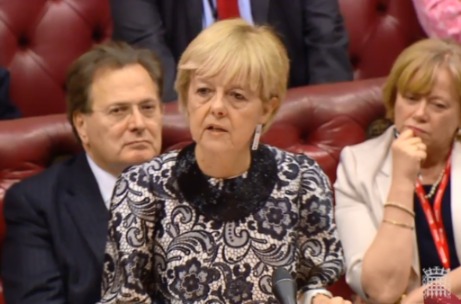 The House of Lords is not known as the ‘detail chamber’ for nothing.  Line by line and clause-by-clause, the mixture of former lawyers, judges, industrialists, civil servants, trade unionists, third sector leaders, ministers and medics scrutinise legislation to see whether it will achieve the aims of those involved in the drafting.

In the case of the EU Withdrawal Bill, which begins its Lords Committee stage this week, the drafters’ efforts have been found wanting in a number of key respects.

First, given the main aim of bringing into domestic law the rules and regulations already in operation by virtue of our EU membership (and to do so with certainty and clarity), the Bill has made something of a hash of matters. It omits certain rights and principles – by disregarding the Charter of Fundamental Rights – and leaves Courts unsure of whether this new statute “trumps” existing law.

Second, the whole operation is undertaken by giving massive legislative powers to ministers rather than to Parliament, allowing them to make regulation, create new criminal offences, set up new quangos and even raise charges and fees. All without primary legislation.

Third, it allows ministers to amend – via secondary legislation –the transposed legislation, which risks undermining consumer, environmental and employment protections that we currently enjoy. These threats are not imaginary. The so-called impact analysis reports that Brexit could provide the opportunity for the UK to regulate “differently” across a range of standards – a euphemism, of course, for “lower”.

The Foreign Secretary, Boris Johnson, seems to believe all EU regulations are about some great ‘super-project’ rather than about protecting consumers or assisting trade. Meanwhile, right wing groups (including one led by a Tory MEP) salivate over the idea of bringing in food, drugs and chemicals from the United States that would not meet our existing health and safety rules. Not safeguarding the status of the domestically incorporated rules would effectively allow ministers to dilute long established standards.

None of these three shortcomings are needed for the act of leaving the EU. They are not what the government promised and as will be made clear during the upcoming debates on the Bill, ministers would be wise to respond in a constructive manner.

But there are other major concerns about this legislation that are more political than technical, and require ministers – and indeed, the Prime Minister – to have a proper change of heart.

One area of concern is where competences already devolved to Scotland, Wales and Northern Ireland – albeit within a straightjacket of EU law and activity – are to be brought back to Westminster post-Brexit. This is in breach of the devolution settlements and needs changing before the Bill becomes an Act.

Another area of concern is the powers of government in relation to Parliament, something directly related to the way in which Brexit will take place, i.e. the Withdrawal Deal being negotiated with the EU27. This deal will cover the rights of EU citizens, the money due to Brussels for commitments already made, the terms of any transition agreement, and the framework for our future trading and other relations with the EU. Key, vital issues of importance to our economy, our citizens and society.

As it stands, the Bill excludes MPs and peers from having the right to vote on the deal (unlike members of the European Parliament will do). Yes, the Prime Minister said there would be a vote in both Houses but this would be non-legislative and non-binding on a motion; and not the legislative consent akin to the Bill that the Supreme Court required from government to trigger Article 50. Labour has long argued that it must be for Parliament – not ministers – to consent, by law, to the deal or indeed a no-deal outcome.

The Lords Committee stage of the Bill is already seeing almost unprecedented cross-party support for changes on all the above five areas. Multiple amendments have been co-signed by Labour and Liberal Democrat frontbenchers, highly respected crossbench Peers and Conservative backbenchers: the strongest possible message in the second chamber that Ministers should think about making changes to this highly constitutional Bill.

Crunch votes – and government defeats – are currently anticipated for Report stage (after Easter) but ministers could take the heat out of matters and bring forward concessions along the way. None of our proposed changes challenge or undermine Brexit. But they would ensure that neither our system of law nor the role of Parliament is undermined in the process.

Dianne Hayter of Kentish Town is Shadow Brexit Minister in the House of Lords. She tweets @HayteratLords

This article first appeared at The New Statesman 'Staggers' blog