The rules of engagement 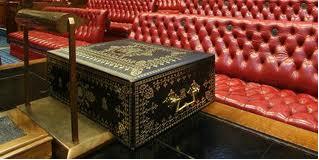 Molly Critchley and Hannah Lazell on how best to work with the Labour team in the Lords, when looking to change government legislation

Over the past seven years, the Lords has received increased attention from campaign groups, NGOs and media commentators alike. Even more so since May 2015, when for the first time in history a Conservative government did not have an automatic political majority in the House.

There have been some notable periods of excitement – on, for example, the Housing and Planning Bill, the Trade Union Bill and a major government u-turn on plans to cut family tax credits. With the leadership of Labour Peers bolstered by support from elsewhere in the House and the force of public opinion.

But even when dealing with less newsworthy matters, the Lords has continued to play its constitutional role as the scrutinising Chamber – probing, questioning and revising what the government sends our way. And often doing the heavy lifting when MPs may have missed something during their own deliberations in the Commons, or debate has been curtailed. (Not forgetting of course, the pressures of constituency casework on their time.)

Campaign groups and NGOs also have a key role to play, and the increased focus on our end of Parliament has seen many more organisations engaging with our Peers and staff team. All with the aim of influencing both legislative scrutiny and the longer term policy-making process.

From a Labour perspective, we really value and welcome such approaches. Not least, as external groups’ understanding of how the Lords works – and the need for a more nuanced and targeted engagement – continues to improve. But it’s also worth considering when and how you contact us.

For any external group with a strong campaign idea relating to legislation, the Lords can be the place to build up a head of steam. Especially in the build up to or during a bill’s Committee stage, when Peers are doing line by line detailed examination, discussing all suggested changes (unlike the Commons, where amendments are selected for debate).

Quite often, Ministers are prepared to reflect – or see sense – and that’s the time to make sure they deliver concessions. An ideal scenario, where the lack of a vote means redrafted legislation is secure from attempts to overturn it when the bill returns to the Commons.

An example of this occurred earlier this year, during the Higher Education and Research Bill, on the issue of protecting institutional autonomy and the need to set this out clearly in the new legislation. Following amendments tabled at Committee stage and pressure from a coalition of Peers, the government accepted the point and brought forward its own revisions.

Of course, should Ministers remain stubborn in the face of suggested amendments, we always have the option of voting – usually at a bill’s Report stage. But the work of the Lords, particularly in the current political climate, isn’t simply about winning votes only to see them overturned by well whipped Tory – and DUP! - MPs. We win on issues that have wide support, and the House is truly at its best when there’s a broad alliance working with a focused and smart external campaign.

During the Neighbourhood Planning Bill for example, CAMRA came to us with suggestions of how to protect pubs from development unless planning permission was sought, which we worked up into an amendment and pressed to a successful vote at Lords Report. Then, just before the bill went back to the Commons, the government dropped its opposition and came up with an acceptable version of the change we had called for.

None of this would have been achieved if the campaign hadn’t approached us, our peers – and others in the Lords – before the debates started. A real case study, both in how to work with the House and keeping clear channels of communication open. And helped by the subject matter being something tangible that the media could easily write up while the bill was in play.

Aside from government bills, many of our Peers also get involved in secondary legislation work (so called ‘Statutory Instruments’ or SIs), non-legislative debates and private members’ bills. All of this presents further opportunities to work with us but the advice remains the same, get in touch as early as possible.

In the aftermath of the recent general election, a hung Parliament and Theresa May’s neither strong-nor-stable minority government, the dynamics of UK politics have changed, bringing further challenges. Both Houses of Parliament will be holding Ministers’ feet to the fire during the Brexit negotiations, the EU (Withdrawal) Bill and related legislation. But there will be plenty of other work taking place on the fringes of the main event, with the Space Industry Bill and the Financial Guidance and Claims Bill being two current examples.

Throughout, our leadership in the Lords, our frontbench, backbenchers and we in the staff team will carry on helping to build coalitions of interest, in order to improve badly drafted legislation or take the rougher edges off harsher policy proposals. And all the while with a clear eye on that future point when we get to approach it all not as part of the official opposition but from a position of government.

Molly Critchley and Hannah Lazell work within the political and legislative team advising the Labour leadership and frontbench in the House of Lords. http://www.labourlords.org.uk/staffteam