To each according to their kneads 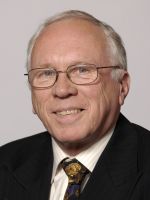 When people ask many expectant mothers whether they would like a boy or a girl, the answer more often than not goes along the lines of: “I don’t mind, just as long as they are healthy.”

Getting the right vitamins, minerals and care during pregnancy is key to supporting healthy babies and currently the UK is falling behind. The average female British diet leaves blood folate levels below World Health Organisation targets.

As countless pieces of research have proven, the deficiency of B9 folic acid is a cause of neural tube defects (NTD). The impact of NTDs happen shortly after conception and lead to serious life-long disabilities such as Spina Bifida and Encelphalopathy. According to research published last year, there is a Spina Bifida epidemic in European countries that do not apply mandatory fortification. The UK, France, Germany and Denmark having twice the level of NTD affected live births when compared with the US, which started fortifying flour in 1998.

There are many illnesses we cannot control, predict or, sadly, cure. But where we can prevent the devastating impacts associated with NTD, we should be making every effort to do so. Folic acid is needed at the earliest stages of pregnancy, as it helps develop the healthy spinal cord and brain of the baby. And the closure of the neural tubes happens well before many women even realise they are pregnant. Given all of this, the UK’s current policy of relying on women to take folic acid supplements is rendered effectively useless in combating NTD.

The problem is getting worse. It seems too obvious to point out the flaw with current policy; that women not planning to become pregnant do not take pregnancy supplements before conception. The use of supplements is also declining and the UK has the second highest levels of unplanned pregnancies, after the US.

There is however, a simple answer: flour power.

Following Medical Research Council findings in 1991, scientists on the relevant health and nutrition committees have been advising that the UK use flour fortified with B9 folic acid since 1991. It is an entirely accepted principle and industry would pay, and the same policy has been adopted by over 80 other countries leading to an almost 50% reduction in NTD affect pregnancies. With no side effects on expectant mothers nor any negative impact on everybody else, there is simply no reason for any delay in implementation.

NTD affects around one thousand pregnancies a year, which end up with 800 terminations and up to 200 live births of babies with serious disabilities. In the UK, following the standard 20 week scan, 80% of NTD pregnancies end in termination. This isn’t just about statistics, this is about saving the lives and improving the health of babies, and sparing parents from unimaginable heart break.  We have the power to save many of those lives from death or disability and Ministers should act urgently.