A tribute to Jo 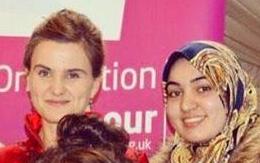 I can’t quite believe I’m sat in New York writing about the life of Jo Cox – a life taken away too soon. I was introduced to Jo by my old boss Jan Royall: “Muna, you have to meet my wonderful friend – she’s interested in standing to be the MP for your hometown of Batley”.

What a remarkable and inspirational woman Jo was. Performing public service at its best, she really did devote and dedicate her entire working life to the causes she believed in. Championing the rights of the underprivileged, giving voice to the voiceless – at home and abroad. From empowering women, bridging racial divides, making the positive case for immigration and welcoming refugees to travelling to war zones and seeing first-hand the the suffering of people in places such as Darfur and Afghanistan. Her CV sparkled with achievement, experience and, ultimately, the social justice she was so committed to fighting for. The golden recipe for success as an MP and tipped by many to be a future Minister.

Jo encapsulated the hearts of everyone who met her and united all corners of our beloved Batley and Spen. I remember asking before her successful selection to be the Labour candidate if she would consider another seat if she didn’t win – “No Muna, I only want to represent Batley and Spen. It’s my hometown, nowhere else.”

On becoming the candidate, you would find Jo on the doorstep, in community centres and places of worship, talking, listening and engaging with everyone she met. Within months, it was hard for anyone locally to not know who she was. I always admired how all of her events genuinely brought members of the community together regardless of race, religion, gender or age. And I felt hugely privileged to be asked to speak at her December 2014 event to celebrate local Batley women.

Then last May, Jo’s hard work paid off and I was so excited to see her become my local MP. Shortly after, on seeing her at Westminster with her white and green shiny new parliamentary pass, I remember telling her that I knew she was going to go really far. She had to.

Boy did she hit the ground running. Never afraid of taking too much on, Hansard bursting with speeches on an array of topics. You name it, Jo was in the Commons chamber debating it, questioning ministers and holding the government to account. From Europe to devolution, from saving the local hospital to tirelessly looking for a solution for those suffering in Syria. In Batley and Spen meanwhile, she made sure to visit as many different schools, communities, events and festivals as she could while still holding regular surgeries for her constituents. All the time saying how she was just like any other normal wife and mum of two.

It makes me incredibly proud to have had the privilege to call Jo a friend, to see her become my local MP, and to witness everyone from all walks of life in the UK and internationally speak of her good nature. But to know and see the impact she made in one year in Parliament only saddens me to think of what she could have achieved, and what benefit we as a nation could have gained had she been with us longer. She will truly be a loss to both our home town and our wider politics.