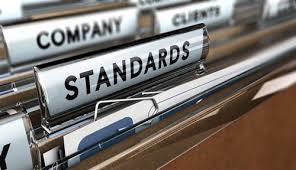 Simon Haskel on the need, post-Brexit, to guarantee standards that have come to reflect how people in the UK go about their daily lives

A pair of common sense amendments that I’ve tabled to the EU Withdrawal Bill look to maintain standards that all in our country have come to accept as part of everyday life. Prime Minister Theresa May and the EU’s chief negotiator Michel Barnier both seem to agree with the underpinning rationale. Indeed, having tabled the amendments several weeks ago, I was pleased to see them partly reflected in the PM’s speech last Friday, where Mrs May undertook to maintain current standards in some sectors.

Such standards should however, be maintained in all sectors. We can’t pick and choose where our quality of life is concerned. M. Barnier’s recent draft document speaks of equivalent standards. The Brexit Secretary, David Davis speaks of maintaining EU standards in some sectors of industry in order to facilitate trade. So, I don’t see any difficulty for Ministers to accept my amendments. Unless of course, the government just wants to be as doctrinaire as they have been over UK membership of Euratom.

Being doctrinaire is the reason why many don’t want EU standards, because of the possibility of disputes being settled by the European Court of Justice. But most institutions which enforce these standards have their own system for settling disputes – institutions which have been shown to work over the years. As a result, many EU standards have been adopted worldwide. Not just because they are consistent with an acceptable quality of life but to help facilitate trade.

The first of my two amendments deals with the Bill itself, calling for our standards to be maintained from the date of Brexit and ensuring independent enforcement institutions will be in place where we do not accept the European ones. For example, unless we accept the standards of the general data protection rules (which from May 2018 will govern the transfer and exchange of data) and agree a means of enforcing these, data would stop moving freely. And that would have a devastating effect on people’s quality of life, at both work and home.

The independence of these enforcement bodies is also essential to ensure that, come Brexit, day to day decisions made in Whitehall, local government and state agencies do not undermine the standards that we’ve come to expect. Especially if you’re of the view that the current government is only acting on poor air quality in parts of the UK because of the threat of being sued and fined.

My second amendment ensures that UK Ministers are not tempted to enter a race to the bottom on standards when negotiating trade deals. I accept that such negotiations might of course, mean an occasional bending of the rules. But what I'm proposing is entirely consistent with the government’s industrial strategy of aiming for the top.

Neither should we give up the precautionary principle and allow ourselves to be a dumping ground for untested products and services. Through the Regulation Evaluation Authorisation and Restriction of Chemicals (REACH) agreement, the UK ensures that some 9,000 chemicals are proven safe before being made available to the public. We don’t want to become a country where chemicals are withdrawn only when they have shown to do harm.

These common sense amendments reflect common values within the UK. They also have support from Peers around the Lords and I hope the government will accept them in the spirit in which they will be moved.