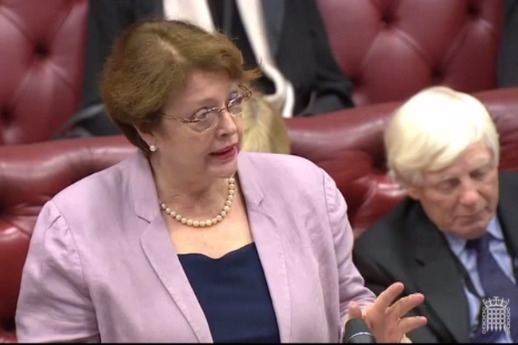 On Friday in the Lords, we had Committee stage of the Conscientious Objection Bill – a private members bill (PMB) sponsored by Crossbench peer Baroness O’Loan. After getting a Second Reading in late January, the Bill made rapid progress back to the floor of the House – leapfrogging several other PMBs in the process.

The Bill is a wolf in sheep’s clothing Bill – innocent looking but far reaching and destructive in its effect. As a result, over two dozen amendments have been tabled – from Peers across the Lords.

Those seeking changes to the Bill included David Steel, who put through the original 1967 Abortion Act; Professor Robert Winston – a leading medical scientist who probed the effect on human fertilisation and embryology research and advances; Shami Chakrabarti, Molly Meacher and Danny Finkelstein, who considered the impact on end of life care; and Liz Barker and myself on access to abortion.

We only discussed one group of amendments on Friday. It was however, a classic House of Lords high level discussion – with some excellent contributions from across the House including from former Supreme Court judge Simon Brown, and my Labour colleagues Leslie Turnberg and Michael Cashman. Together as a House, we probed what are badly drafted proposals from Baroness O'Loan. She has yet to produce evidence that there is a great wrong to be remedied and refused to bring forward any suggestions that would allay concern that access to abortion, end of life care and embryology treatment would still exist.

Our primary concern with the Bill relates to the right of healthcare professionals to opt out of participating in “a hands-on capacity” in specific medical activities. A concern also voiced by the British Medical Association, the Royal College of Obstetricians of Gynaecologists, and the British Pregnancy Advisory Service

The right to conscientious objection is well-established within current medical laws and protocols, including in the 1967 Act. This Bill, which would greatly increase the number of everyday tasks from which to opt out, would have a damaging effect on the provision of essential women’s health services.

I am particularly concerned that the Bill could cause a crisis in areas of healthcare. Tens of thousands of women access abortion services every year and small numbers of widely-drawn conscientious objections could devastate local services. Changing the Bill in line with the tabled amendments would help create an Act that more effectively balances the rights of healthcare professionals to conscientiously object with the rights of patients to access safe, timely, legal healthcare.

The rationale for the Bill came from a case that the Scottish Catholic midwives lost at the Supreme Court. They wanted the right to refuse to supervise staff who performed abortions or refer patients to staff who would be willing to participate. Baroness Hale rejected their case, giving the judgment of the court:

“Whatever the outcome of the objectors’ stance, it is a feature of conscience clauses generally within the health care profession that the conscientious objector be under an obligation to refer the case to a professional who does not share that objection. This is a necessary corollary of the professional’s duty of care towards the patient. Once she has assumed care of the patient, she needs a good reason for failing to provide that care. But when conscientious objection is the reason, another health care professional should be found who does not share the objection.”

The Bill also follows the trend we have seen in the United States, where new state legislation has undermined LGBT and other equality laws with the increase of so-called 'conscientious objection' exemptions for public employees providing services. With both the UK medical establishment and the government believing our current legal provisions are balanced and work in practice, I am not alone in hoping that we have seen the back of Baroness O’Loan’s Bill and the rather predictable consequences it would have for vital healthcare support and treatment.

Baroness Glenys Thornton is Shadow Health Minister in the House of Lords. She tweets @GlenysThornton