Speech in response to PM's statement on the Brexit meaningful vote 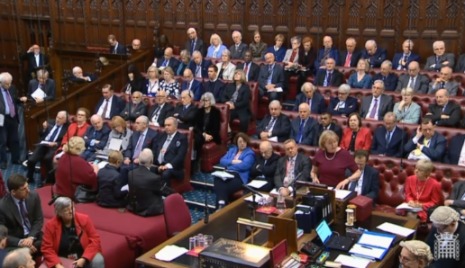 Having had an unexpected opportunity to watch the Prime Minister delivering her statement, I listened with great care and have also read through.

I was hoping that there would be some greater clarity about the PM’s and Government’s intentions.

Yet, the statement we have just heard provided less clarity rather than more. The only reason the PM has given for denying MPs the opportunity to vote on the deal “it would be rejected by a significant margin”.

The statement says the Cabinet will step up preparations for no deal. Yet, the so-called preparations to date aren’t going too well – the Government is already behind on legislation and Statutory Instruments.

This is not strong nor stable government. Despite the chaos unfolding around her, the Prime Minister is in denial. She has said that she has “absolutely no doubt that this is the right deal”.

The Prime Minister seems to be saying to Brexit supporters that unless they support her deal, they could get another referendum and lose – and it would be divisive. Does the Prime Minister not realise the country is divided already?

Then to those against Brexit, that unless they support her deal, we’ll crash out with no deal. And how catastrophic would that be.

The Prime Minister is trying to alarm and frighten MPs in into backing her. Hardly a great strategy and not a great advert for the deal.

The Noble Lady, as Leader, will understand her responsibilities and duty to this House, in answering for the Prime Minister in such unprecedented circumstances, and I know she will want to be helpful.

Given that the Cabinet has discussed this issue today, and she has spoken with the Prime Minister can she give any indication of the timetable when the Commons meaningful vote will take place?

My information is that the Prime Minister would only tell Cabinet ministers – probably because they leak – that it would have to be before the statutory deadline of 21 January 2019. That’s not an answer – for that to be the case – the Commons would be unable to conduct any substantial business before such a vote.

This attitude is in danger of deepening the constitutional crisis that we are hurtling towards.

So, is there likely to be a vote before Xmas? And can the NL also tell the House: What are the Prime Minister’s intentions at the European Council meeting this week regarding the Northern Ireland backstop?

Is she seeking changes that risk opening up other issues, or merely clarification?  If it’s the latter, why couldn’t she have sought that already without delaying the Parliamentary process?

Finally, having spoken to her today, does the Noble Lady have confidence in the Prime Minister to be able to squeeze concessions out of the EU 27, given they consider the matter closed – without her shifting from her red lines?

Or does she think that is stretching the season of goodwill just a little too far?